Written by Adrianne Hipsher
Updated over a week ago

The Work Anniversary Award is a customizable Automated Award that sends recognition posts to users on their work anniversaries.

Work Anniversary Award posts appear in the main recognition feed, prompting everyone to add on, celebrate their teammates' milestones, and reflect on the successes they've enjoyed during the past year! 🎉

The Work Anniversary Award is programmed to send at approximately 8AM in the award receiver's time zone. 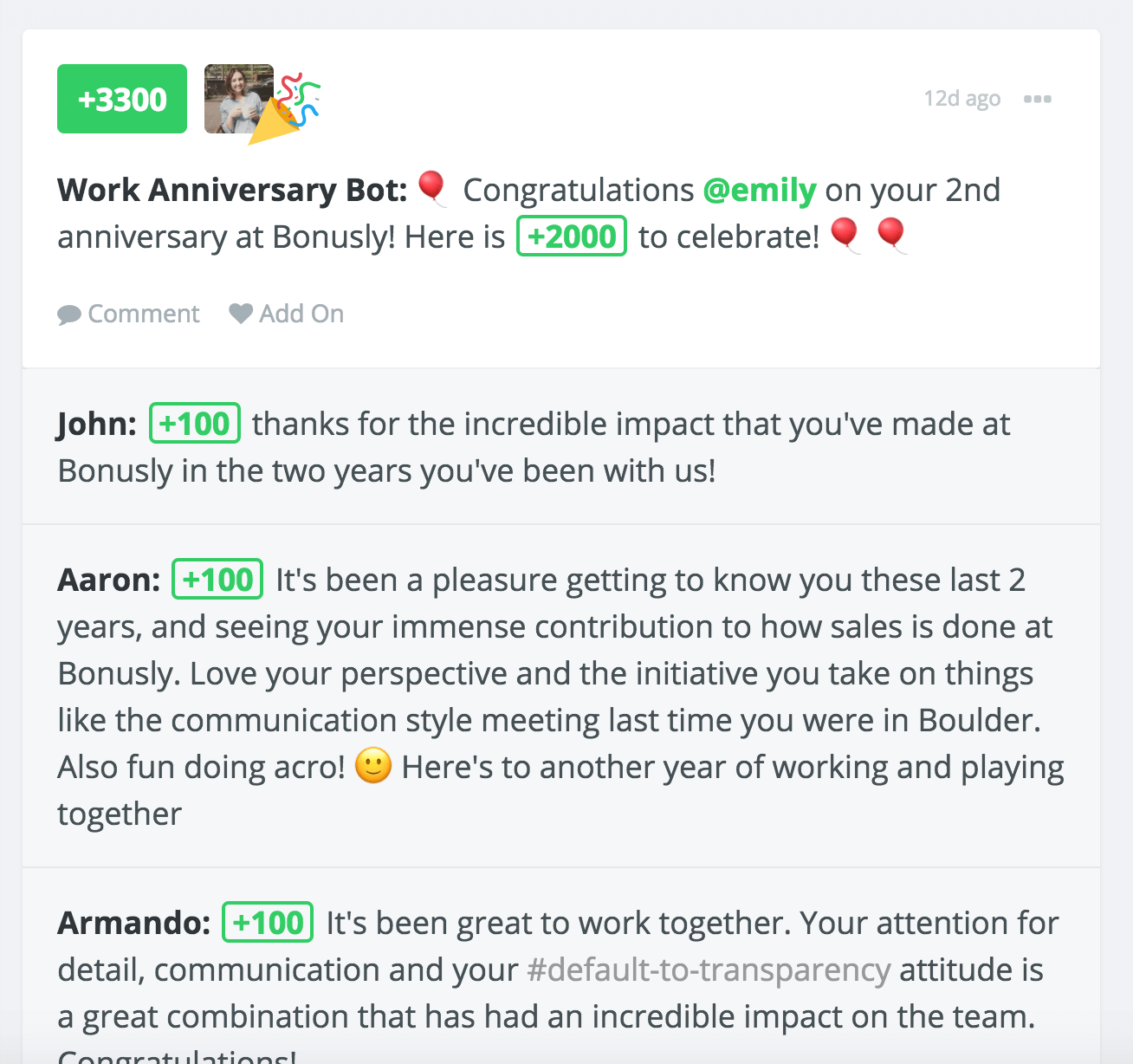 A pop-up will appear that allows you edit the text and amount.

You can edit the message of the text here:

You can edit the default amount here:

Your default amount is the amount that each teammate will receive on their anniversary, regardless of their tenure.

To award different amounts based on your teammate's years of service, click Advanced Amounts.

Next, click Add a new threshold for each specific anniversary you would like to celebrate with an amount other than the default amount. 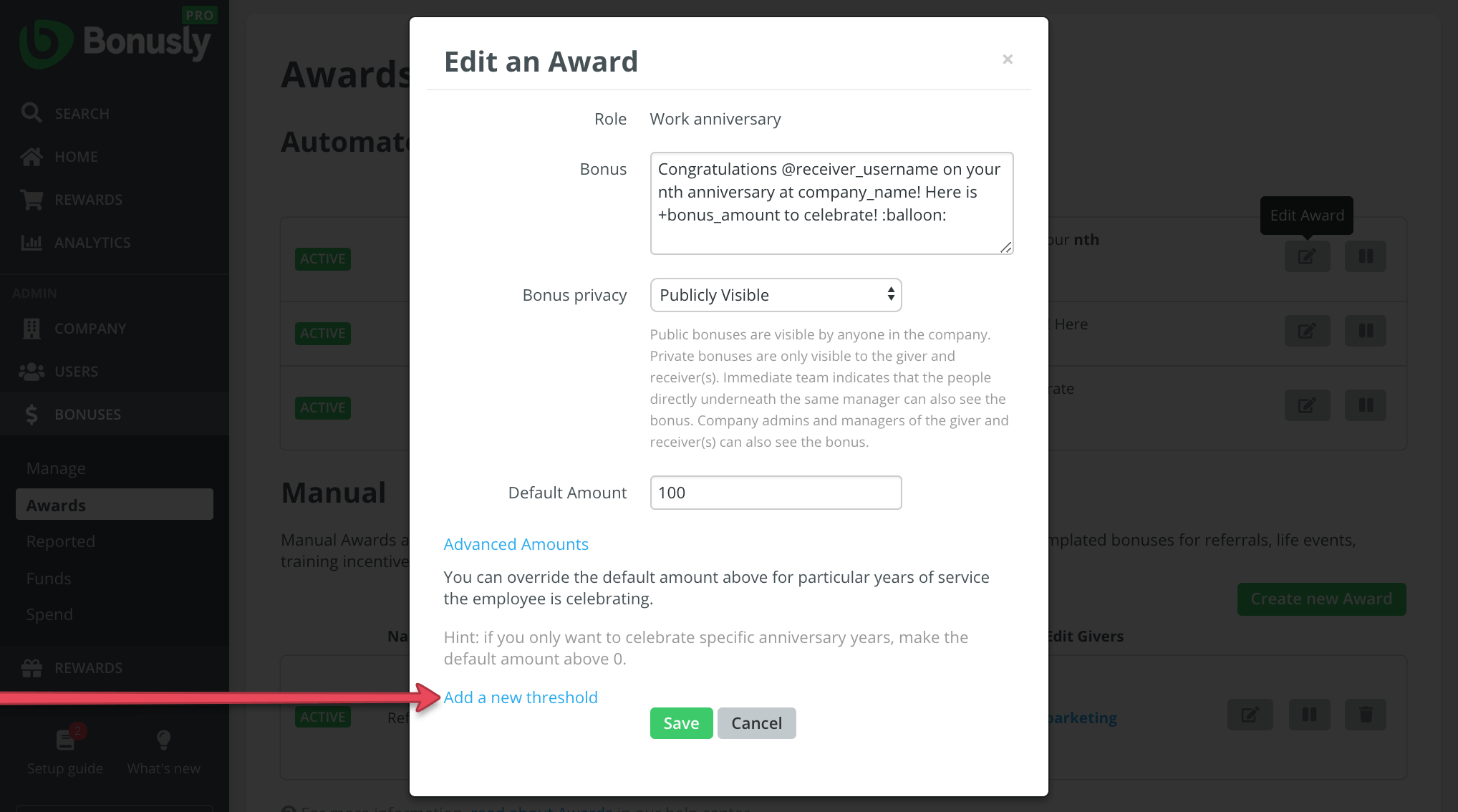 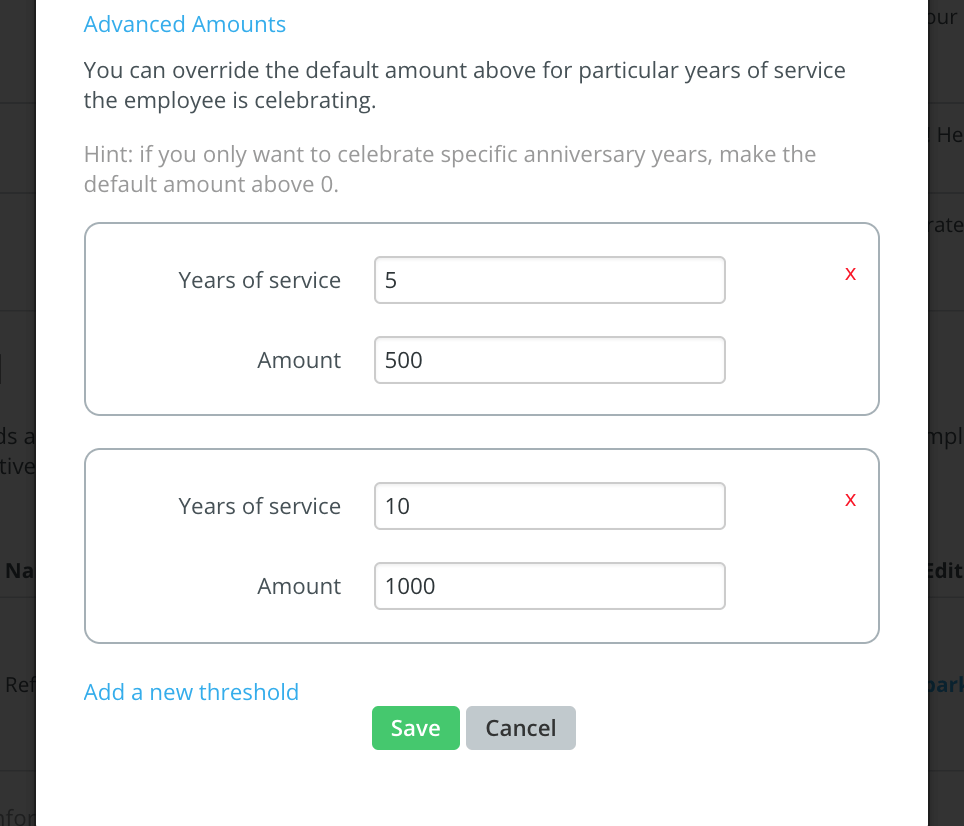 When you're finished editing your Work Anniversary Award, don't forget to click Save: 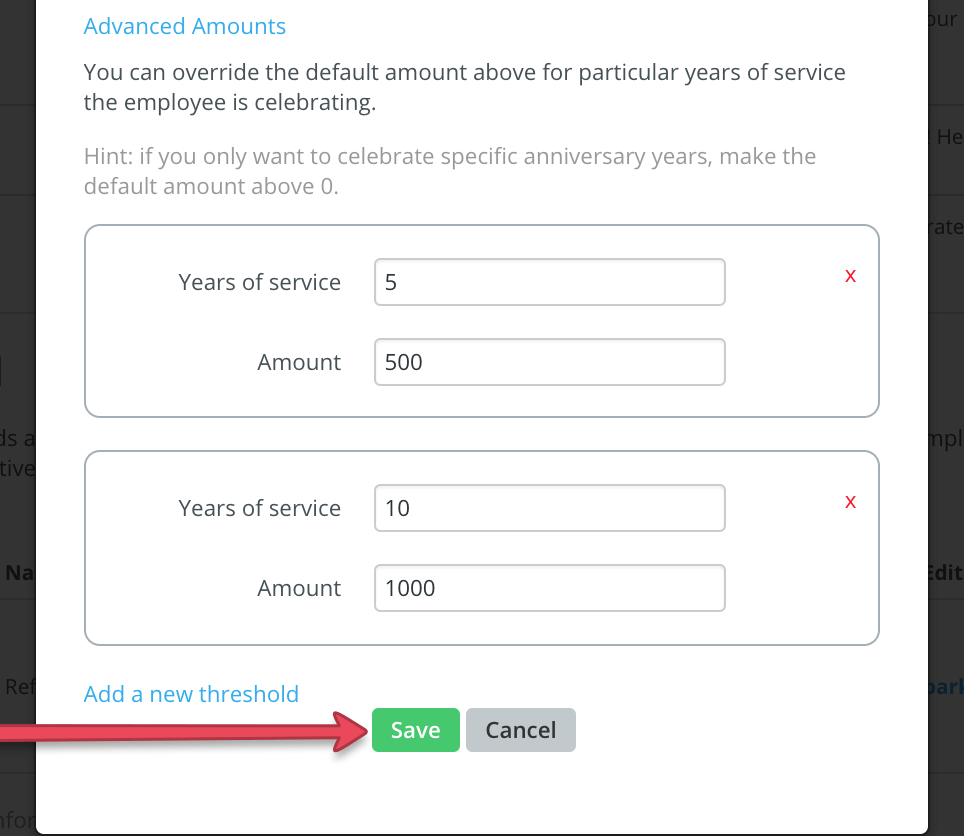 Turning the Work Anniversary Award on or off

To deactivate the Anniversary Award, toggle it off by clicking the toggle button on the left:

Where do the bonus points come from?

These points come directly from the company and not an individual user’s allowance balance.

What time do the automated awards run?

The automated awards will send the bonus at approximately 8 am in the receiver's time zone.

Whoops! I entered the wrong date. How do I make sure my teammate doesn't receive a second bonus on their actual anniversary?

Not to worry, we thought that situation might come up from time to time, so we designed the system to only give that bonus once within a ten-month period.

Check out "What's an Automated Award?" to learn more!

Have more questions? Reach us at [email protected].