All Collections
For All Users
Analytics
What are Achievements?

Learn about how Achievements are earned and how they work!

Written by Amber Redig
Updated over a week ago

Achievements are automatically given for top bonuses within teams and for the whole company. 🎉

There are two achievement types in Bonusly:

What can you learn by looking at an achievement? 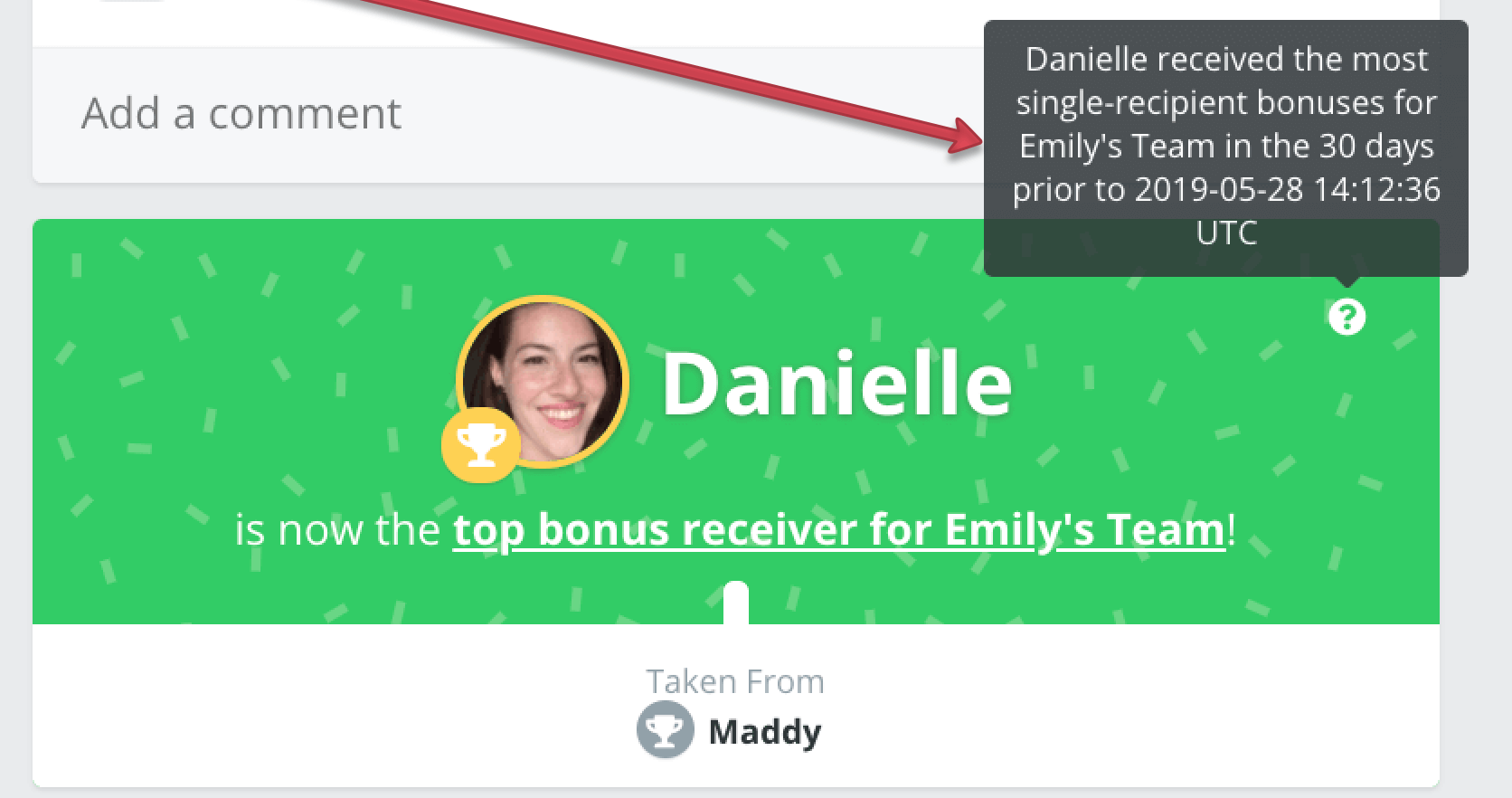 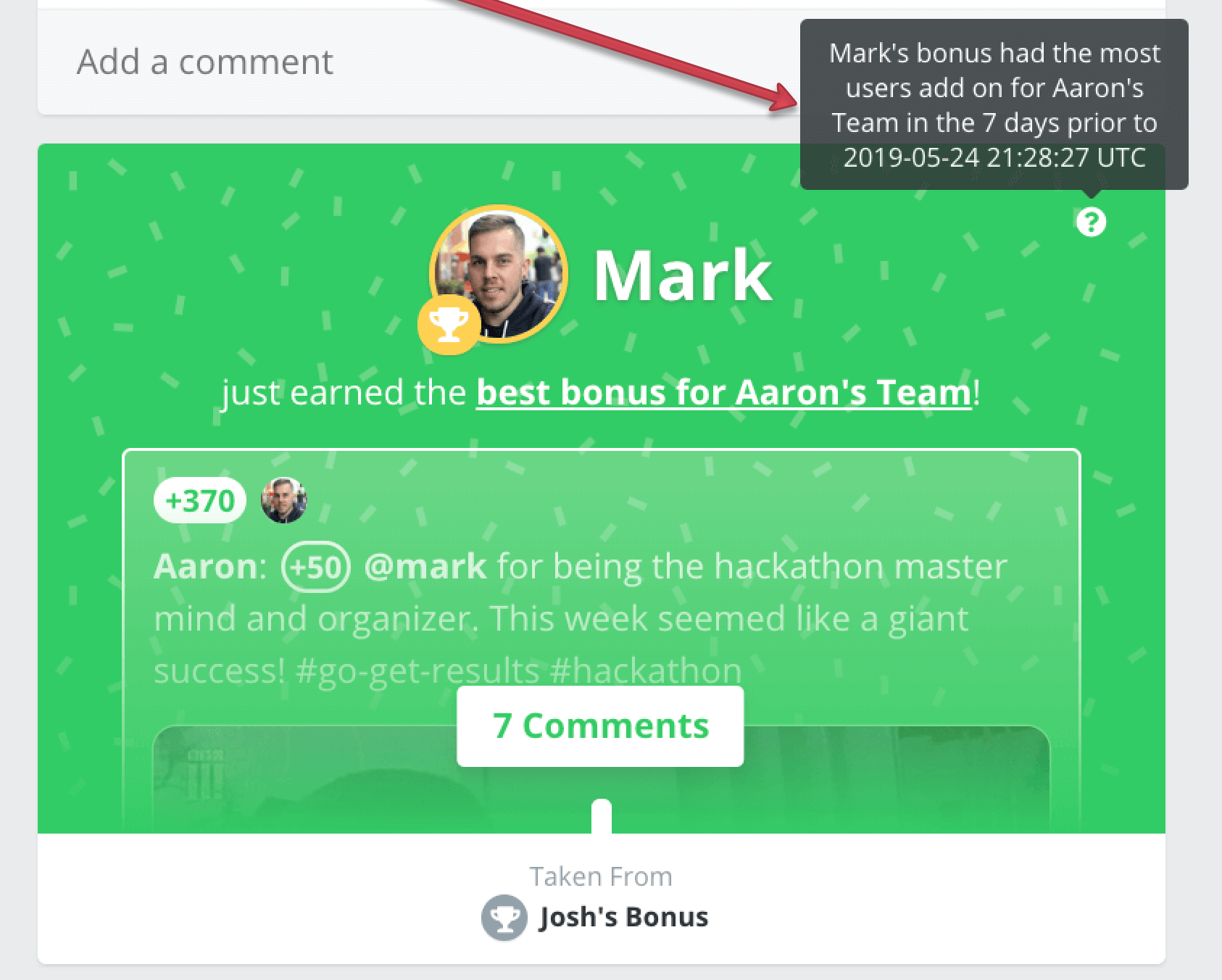 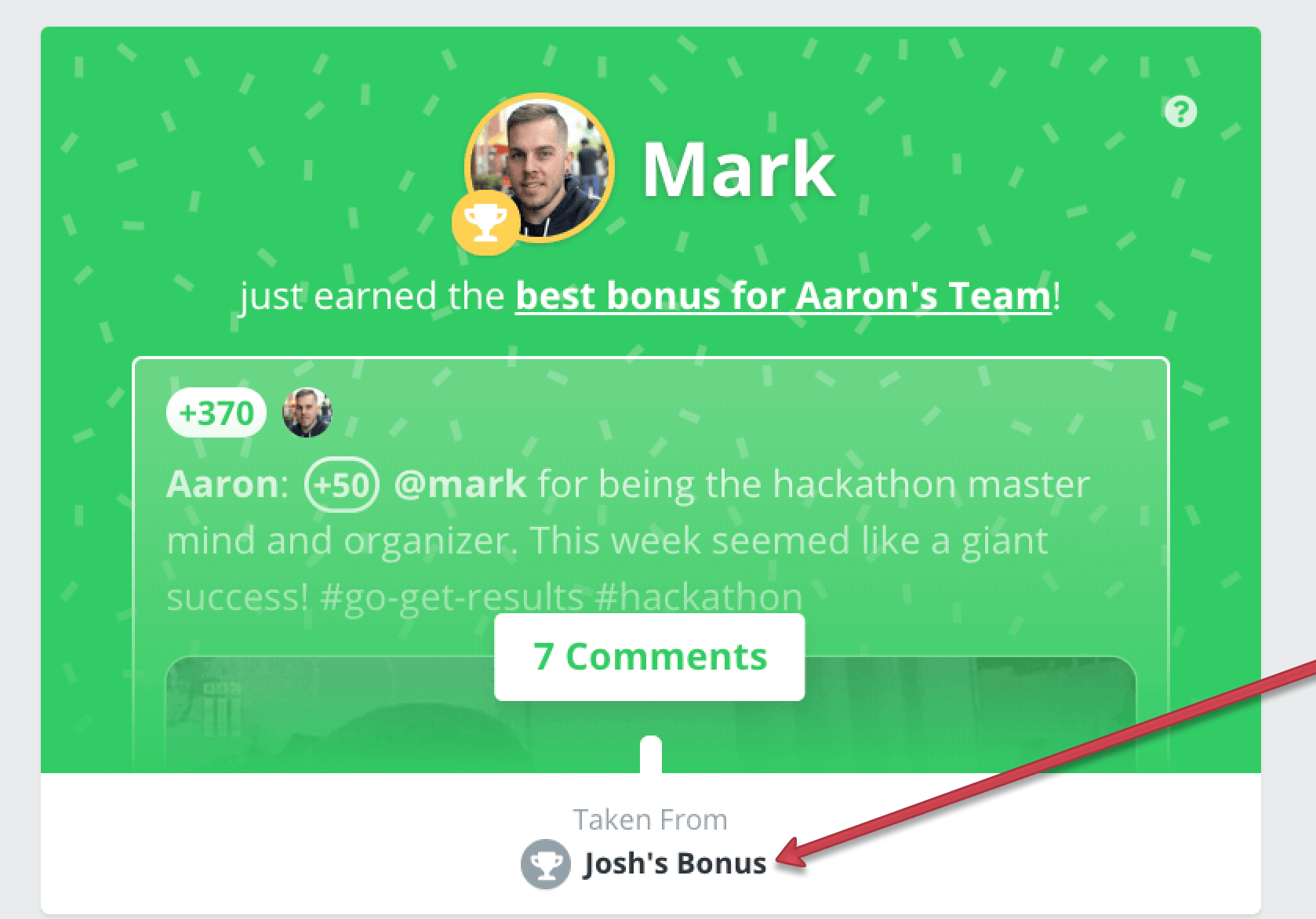 That's it! 👍  Read further for an FAQ on how Achievements are generated, accessed, and more! 🎉

Why can I only hold the achievement for 30 days? Once an achievement is earned, it doesn't go away; you're not losing your title! Typically there is enough activity within a company during a 30 day period that the achievement would be passed on anyways. However, if it is held for 30 days, we do want to share the spotlight among the team and company. We believe in sharing recognition and appreciation of everyone's good work.

You can get an achievement for the whole company or your team; but how are teams calculated? Teams are considered 3 or more people that fall into the same department or all report to the same person. You can see the teams your company has by going to Analytics > Leaderboard, and choosing sorting from the "Entire Company" option at the top right of the page. If teams are derivative (meaning it has 80% or more of the same users as another team), then it is not generated.

Have more questions about Achievements? Reach us at support@bonus.ly.